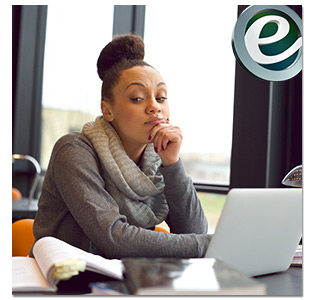 ~ George Campbell, The Philosophy of Rhetoric

In the first module, we learned more about critical reading and some of the more prominent formal approaches to rhetorical studies. The second module outlined some strategies for critical viewing, critical listening, and assessing multimodal arguments. This important third module offers instruction on basic forms of logic, logical fallacies, and strategies for responding to arguments.

As Campbell notes above, logic is concerned with the systematic pursuit of argumentative validity. The study of logic (as with many subjects in the field of rhetoric) dates back to Aristotle’s influential theories on the art of persuasion. As Annette T. Rottenberg and Donna Haisty Winchell note in The Structure of Argument, there are many ways in which we attempt to discover the various “truths” of our daily lived experience, including “observing the world, selecting impressions, making inferences, [and] generalizing. In this process, Aristotle identified two forms of reasoning: induction and deduction. Both forms, he realized, are subject to error” (296). These errors can result from drawing conclusions based on a pool of observations that is either too small or which lacks sufficient representation of the issues in question. A successful argument often rests on the balance of reputable data, so it is critical for those that are advancing claims to locate a body of credible information to suit their communication activity.

How much support is sufficient to create a successful argument? That is often dictated by the context of the communication act. The Florida Times-Union, the daily paper serving the metropolitan area of Jacksonville, Florida, for instance, asks that writers sending letters to the editor keep their pieces to around seventy-five words. With such a small canvas, a skillful letter might only include an example or two in support of the larger argument. In many collegiate writing courses, instructors will often determine a minimum number of resources for a given assignment. Take some time to study the guidelines of the assignment before you begin researching your subjects. If any of these instructions is unclear to you, don’t hesitate to communicate with your instructors to ensure that you are providing them with the essay they want to read. This review will also help you determine what a useful pool of supporting data might look like, and it will initiate the process of creating a plan on where to find your resources and how to organize them. (1)

Upon completion of this module, the student will be able to:

Use this link to access the discussion board for Module 3.

In a fully developed short essay (minimum of eight paragraphs in length), please answer all of the questions below and post your essay to the discussion forum. Your work should include an introduction, a body of supporting evidence, and a conclusion.

Remember that you are having a conversation with your peers in this particular genre of writing, so adopt an appropriate tone and vocabulary for an audience of contemporary college students. Please take some time to edit your work for punctuation, usage, and clarity prior to submission, and don’t forget to comment on the works of two peers in order to earn full credit for these discussions. (1)

1) What role should logic play in modern argument? Which approach to reasoning do you think will be most useful for you in the research argument that you are developing in this course?

2) Using at least three of the common fallacies listed in this learning module, explain which errors in logic you see most frequently in your daily experience with the news, politics, and advertising. Please link to a news story, advertisement, or opinion piece in supporting your view (you should have at least three hyperlinks for this discussion, although you don’t need to include a “Works Cited” list as part of your discussion post).

3) In reflecting on Jones’s essay, Finding the Good Argument OR Why Bother With Logic, (page 8 of the Learning Unit) how can we, as participants in American culture, foster a healthier environment for productive debate? Are you optimistic or pessimistic about the future of finding common ground in these important public discussions? Explain your views on finding common ground in the arguments that we engage with as participants in a complex and diverse culture. (1) (16)